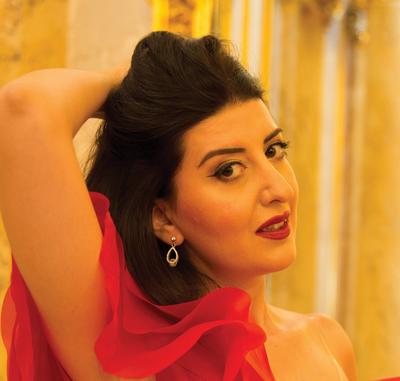 Laureate of more than 18 international competitions including Gina Bachauer in USA, Herbert von Karajan in Vienna, Piano Campus in France, Jose Roca in Spain, Chopin Piano competition, Nareh’s major breakthrough came at the age of 18, when she won the 1st prize and all special Prizes at the Montreal International Musical Competition in 2008, thus, making a history as the youngest winner ever.

The 2016/17 season brings her to yet a new level in her established career. Nareh debuts with Royal Stockholm Philharmonic Orchestra as well as MDR

Sinfonieorchester Leipzig and returns to play with Brandenburgisches Staatsorchester.She also touring in Germany and Italy both with Munich Symphony, and with Stuttgart Philharmonic as well as with Kymi Sinfonietta in Finland. Recital take her to France, Germany, Austria USA and Canada.

Born in Armenia in 1989, she studied with A.Gurgenov at the Tchaikovsky Music School in Yerevan and at the age of just 15, was the youngest student to study in the University of Music in Vienna with Avedis Kouyoumdjian and later in Hannover’s Hochschule with Arie Vardi. Since 2016 she is Artist-in-residence in Brussels Queen Elisabeth Chapel under the supervision of Louis Lortie.